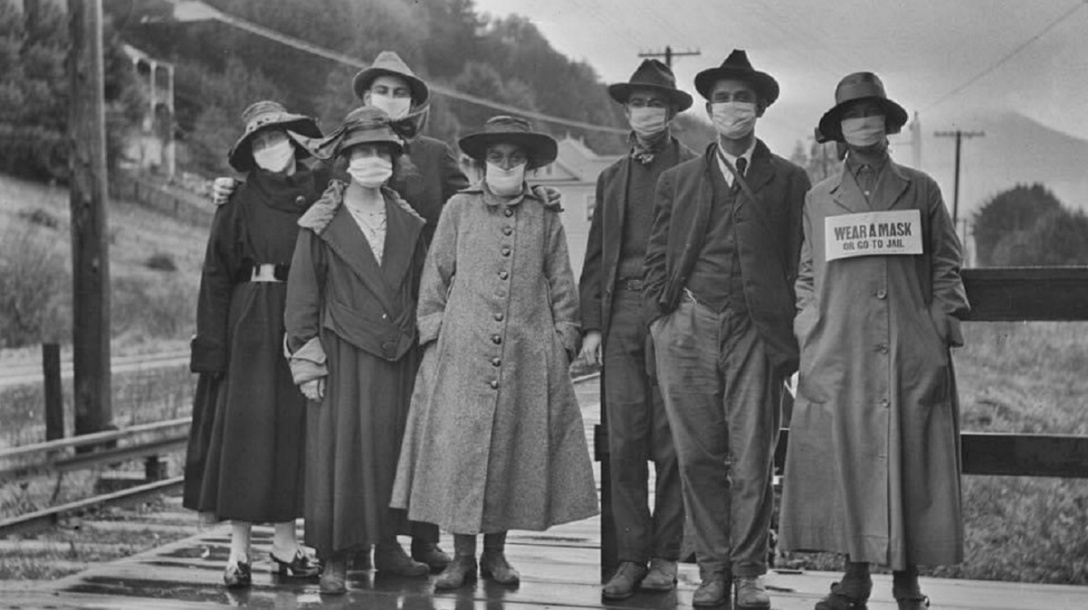 In 1944, Jean-Paul Sartre published an article ‘Paris Alive’ in The Atlantic. He told readers that “never were we freer than under the German occupation”. Living “nakedly” under omnipotent police power and atrocious circumstances meant that the Parisians’ true being was exposed.

Writing this in a very different circumstance, at the tail-end of the UK lockdown during the Covid-19 pandemic, I claim that the rapid shift in lifestyle, work and leisure during the last few months have, too, illuminated our own existential freedom.

Hearing about the experiences people shared with me as a volunteer for my local community support centre, and their endurance through such oppressive conditions, I wondered what this year taught us about the locus of freedom. Their commitment to a better future, despite the challenging living conditions they are in, will be something I will look at later.

Sartre, directly addressing a North American audience for the first time, rejected fatalistic Freudian psychoanalysis and, instead, revealed a vista of human ontology which - now robbed of its political liberties - was exposed to be rich with freedom.

The Resistance, fraught with risk of imprisonment or death, revealed that humans were able to endure suffering right up to the point of death. Others, on the other hand, were able to choose complacency (and he tirelessly lamented those who kept their heads down during Occupation).

In mid-March, immense pressure was placed on the UK Government to implement stricter measures and to commit to a tougher lockdown strategy. Prime Minister Boris Johnson has been criticised for allowing festivals and sporting events to continue well into the first half of the month, while Spain and Italy were enforcing stay-at-home rules.

On March 23 a UK-wide lockdown was announced. We have lost our liberty, the right to roam, right to socialise and the right to party. But this loss, it can be argued, has been the greatest expression of our freedom since the last world war. For it was not something we wanted, but something we did despite our desires. This should, and will, be celebrated.

It must be clarified that I am not comparing the lockdown in the UK to the German occupation of France, but, rather, if Sartre is correct, we can look at this period of isolation through the same lens. We can learn from analysis of another, far more violent, oppression that our freedom is tenacious.

At the beginning, I wondered perhaps whether capitalism does not, as Mark Fisher once suggested, prevail in the face of the end of the world as we know it.

By and large, the attempt to protect lives trumped the economy this time around. The national spending only months after an election underwent a massive shift. The Chancellor has now budgeted £330 billion to be spent on the coronavirus package (almost three times the amount that Corbyn proposed spending on the public before the election in December). But the Government and its decisions relating to lockdown easing, PPE, and scandal deflection reminded me that the locus of freedom would not be demonstrable here.

People are very angry, and rightly so. The centralised Government appeared very reluctant to adhere to what seemed like obvious moral obligations.

People did, nonetheless, retreat to their homes. The pubs, cinemas, theatres closed.

The continuing conflict and persistence of our desires to go out and socialise, to retreat and keep others safe, and to maintain relationships across distances have illuminated certain priorities that we may have ignored before.

While Sartre does not locate freedom in the individual decisions we make each day, he maintains that these are responses to reasons we have freely chosen. These long-term commitments shape our decisions and orient us towards some specific end. An obvious, but pertinent example, may be the commitment to staying alive.

We can define reasons as being the motivations behind these individual decisions, which adhere to some form of fundamental project relating to who you wish to be.  A commitment to staying alive will entail decisions to eat food and avoid danger. However, during a pandemic, these commitments are further illuminated by more peripheral circumstances whereby individuals are exposed to these commitments to a higher degree.

What has the current situation revealed about the reasons you embody?

Existential nakedness is hidden by the ultimately essentialist implications of pre-pandemic ‘normality’, wherein the reasons individuals are motivated by are disguised by roles played on a day-to-day basis. These roles disguise the freedom which humans possess, by assigning essential roles and responsibilities to the individual as ultimately determining them.

However, the actions that each person has made under these current circumstances are better indicators of human capacities to act according to their reasons. The ability to endure, guided by their willvolition to be moral, safe, law-abiding, law-defying, giving, rebellious, has emerged from the ashes, which I believe, was a stasis of inauthenticity and inertia.

This notion can be seen in Sartre’s existentialist novel, The Age of Reason. One character, Daniel, while deliberating suicide intends to drown one of his cats, rather than let them starve to death after he is gone. However, he finds that he cannot bring himself to do it when push comes to shove (or lack thereof). The short-lived decision, to his surprise, did not align with the orientation of his long-term commitments. These peripheral situations, unlike the day-to-day decisions, reveal more about ourselves and the reasons we have committed ourselves to.

For Sartre, under conditions of extreme stress or pressure, we may find that our true commitments are brought to light, due to the severity of our actions.

Losing liberty (or power to obtain what we want) has forced people to look at their reasons, and their relation to them without the comforts of role-play. By themselves – not only with more time by themselves or immediate friends or family – but in the absence of anything but endurance, the importance of their actions is exposed.

As a volunteer for my local community support centre, I am awed by the families coping within extremely uncomfortable living conditions. A mother with whom I speak to on a weekly basis is feeding six hungry mouths (three of them young children) in a small one-bedroom council flat. Meanwhile she is the target of racist death threats from an upstairs neighbour (she is a Muslim migrant). She has only left the flat a handful of times, due to both fear for her six-month-old daughter’s health, who was born with a heart condition; and the fear of violence from her Islamophobic neighbour. She tells me how trapped she feels. I try to remind her that this undeserved experience is evidence of something remarkable; she knows she can endure what seems to be the impossible. Furthermore, if she could  get out of this situation she finds herself in, she absolutely would.

We have not yet heard back from her housing officer. The police have ignored her pleas.

Another mother I spoke to was self-isolated because two of her three children were extremely vulnerable. One had severe asthma and another has a rare muscular degenerative disorder which rendered him reliant on machines in his home. Luckily, they were moved from temporary accommodation into a larger home in April. However, there was a catch. The electricity was on a prepaid meter, and the only shop close to her wouldn’t accept card payments for it. The nearest cash point was a significant way away. But machines that her son relied on ran on mains electricity.

This situation, not only absurd, is a demonstration of the dire situations the worst-off are in. But their resilience and endurance is pertinent.

Both these women have been tested to extraordinary lengths. But what is astonishing is their absolute commitment to their projects, which largely revolves around the care of their children, and the knowledge that they would exercise this freedom if they could. The endurance despite enormous obstacles is astonishing. But, also, is their will for things to be otherwise so that they could pursue their goals in peace.

You may retort, but in these cases the individuals do not have a choice about their physical situation? And to that, alas, I would agree. But this is not liberty that we are discussing but the existential capacity to be free.

If you were placed in a cell, even though you had committed no wrongdoing, for weeks on end… are you free? “No,” you say? Well, what if the guard accidentally left the key within reach and clocked off for the night? If you could, would you reach for the key, unlock the gate and escape? Yes? You were always free, in that you freely chose that commitment to liberty.

From this we distinguish the freedom to change one’s physical situation, from existential freedom which involves, for Sartre, the ability to commit to long-term goals which shape your response to both peripheral and day-to-day situations. However, the peripheral situations expose to a greater extent what those commitments are when one is forced to endure to such extremes.

These two mothers, and all the centre’s service users that I speak to, tell me about their long-term goals and how the current situation has inhibited them in various ways. The obstacles to our liberty in affecting these ends that we have committed ourselves to reveal the freedom we have to determine our projects.

We’ve been placed in cages, some bigger and better than others, while the most privileged in our society have retained their keys.

The lockdown was a peripheral situation for us all, which most of us have not experienced before, and there are a great deal of people in the UK for whom it has been a test of endurance. Removed from the normality of the day-to-day, our roles and liberties have been stripped away from us. The majority of people have defied their desires (be it to party, or to roam) and endured months of isolation.

But what should not be forgotten is that we have been exposed to our reasons, values and projects. Both the commitments that have been revealed or the ways in which we wish the world to be in order to better fulfill our ends.

And as of June 1, the cages have begun to open.

I will end with the same words as Sartre did: “But can we not hope that this new republic of the bright day which is now coming will preserve in its sunlight the austere virtues of the republic of the silence and the night?”

Since this article was first published, the father of the Muslim mother I have been working with died of a heart attack in the flat. While her friend was assisting with the tragedy, the Islamophobic neighbour violently assaulted a child. She is waiting to be moved into temporary accommodation.

The food-banks have just announced that they will no longer be able to sustain such large requests, and we have been told to assist our service users to find other means of acquiring meals.

Serena is a philosophy post-graduate and writer, who specialises in Kantian metaphysics, modality and free will. View all posts by Serena